Popover is a new component we have added to our system. A popover is a layer that appears above all other content on the page and is used to display additional details for specific elements whether it be text or interactive elements. 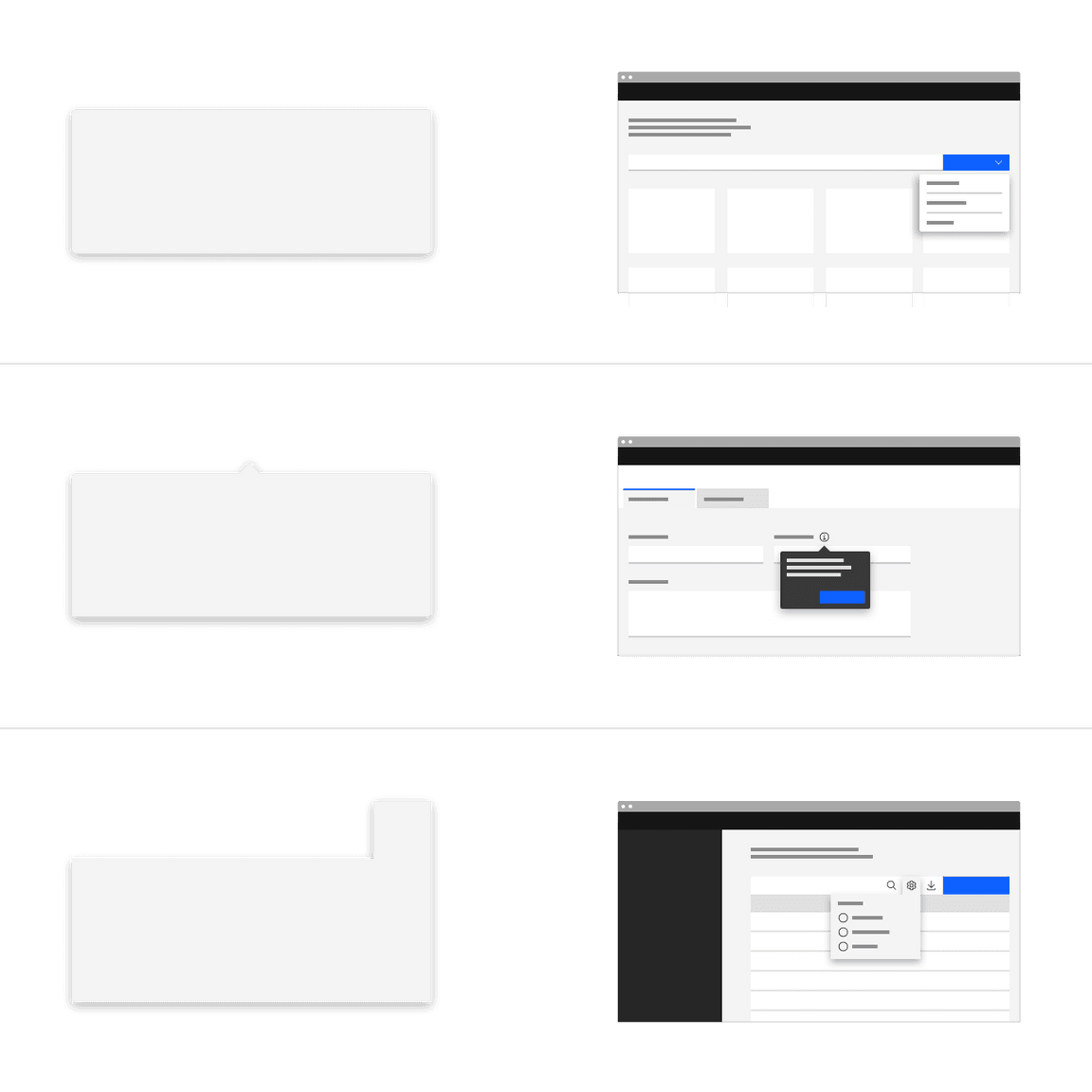 The tooltip component has been refactored to use the popover component under the hood to improve accessibility. 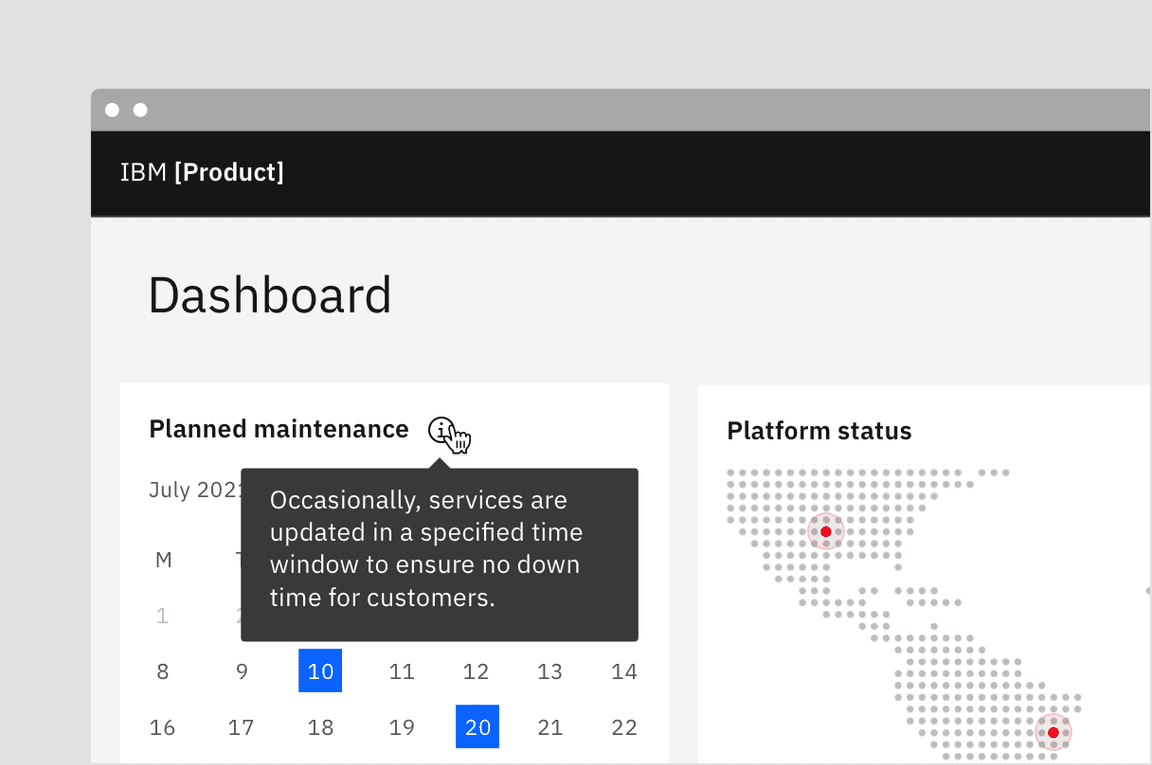 The tab component variant names are changing. Default tabs will become Line tabs and Container tabs will become Contained tabs. There are three new modifiers—tabs with icons, icon-only tabs, and secondary labels. Additionally, there is a new third alignment option for tab that allows for auto-widths where each tab size is determined by the label length. 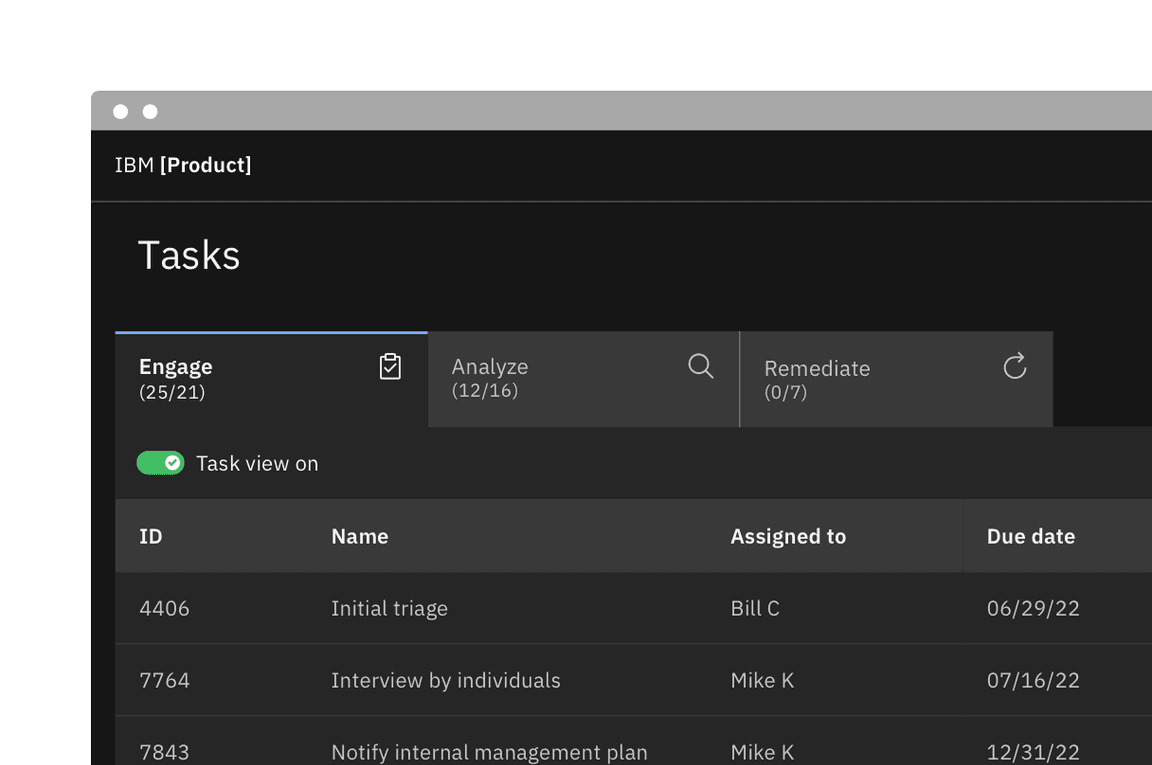 The UI shell is now themeable and has been updated to use inline theming. The UI shell uses Carbon theme tokens instead of component specific tokens and the color will follow each themes styles. 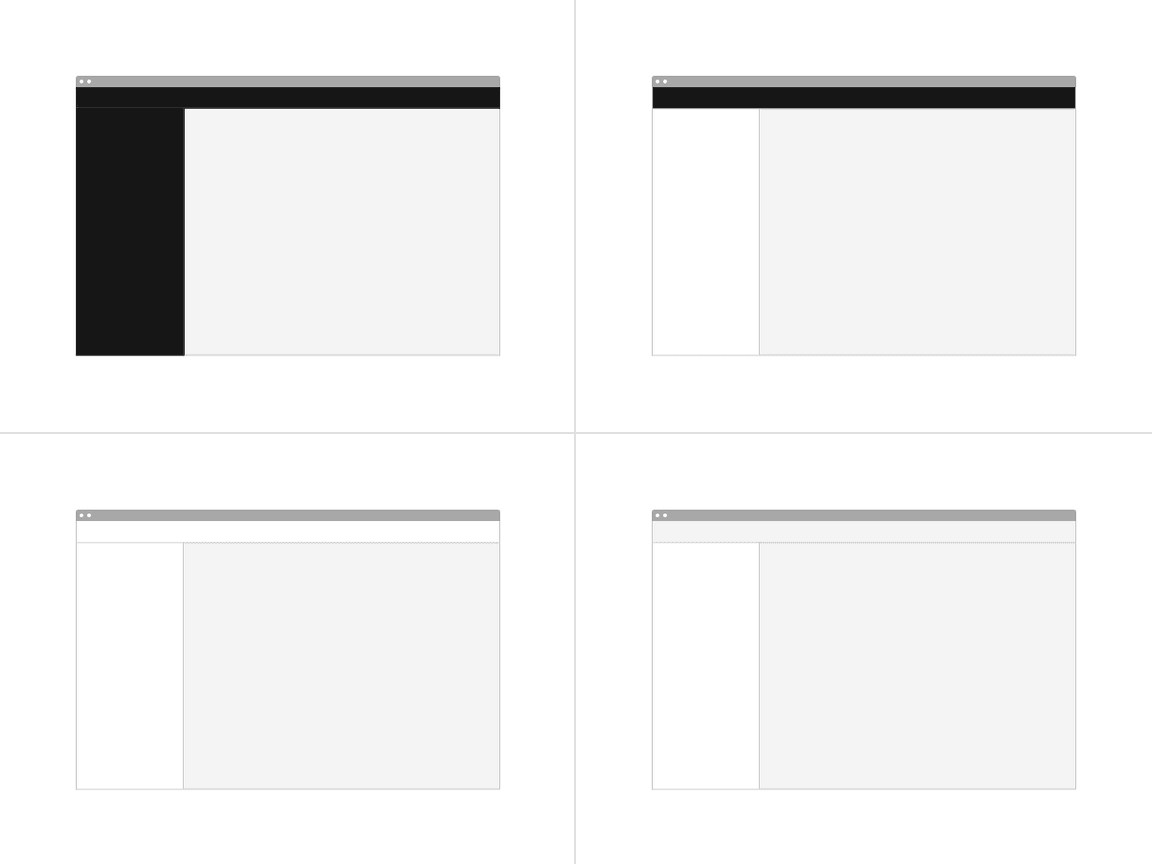 All size properties for components have been renamed to be more consistent with the pixel/rem value that it is paired with.

The two v10 type sets—Productive and Expressive—have been blended together to work as a unified collection in v11. As a result of this convergence, type token names have been renamed to better define their relationship to one another and reflect its styling.

Some tokens now have a compact designation, meaning the only difference it has with the token of a similar name is a variation in line height.

The four body styles stay the same but their names have been updated. The long styles are now simply just body, while the short styles are now body-compact.

Productive and expressive while still a concept used to express different “moments” are no longer used in the type token header names. There are two new classifications—Fixed and Fluid.

Fixed headings, for the most part take the place of what were the v10 productive headings. The first two v10 expressive headings are also now included in the fixed type set. They are called “fixed” because they do not change sizes across breakpoints and always remain a single fixed size. However, the term fixed is not included in the token name but simply named heading.

Fluid headings take the place of the v10 expressive heading. These headings are responsive and the type styles change size at different breakpoints.

Previously, in v10 many color tokens had numeral endings, now in v11 only layering tokens will have this distinction. All other tokens have been given an adjective descriptor in place of the number ending to help users better understand how a token should be used. The new naming convention is as follows: [element] - [role] - [order] - [state] 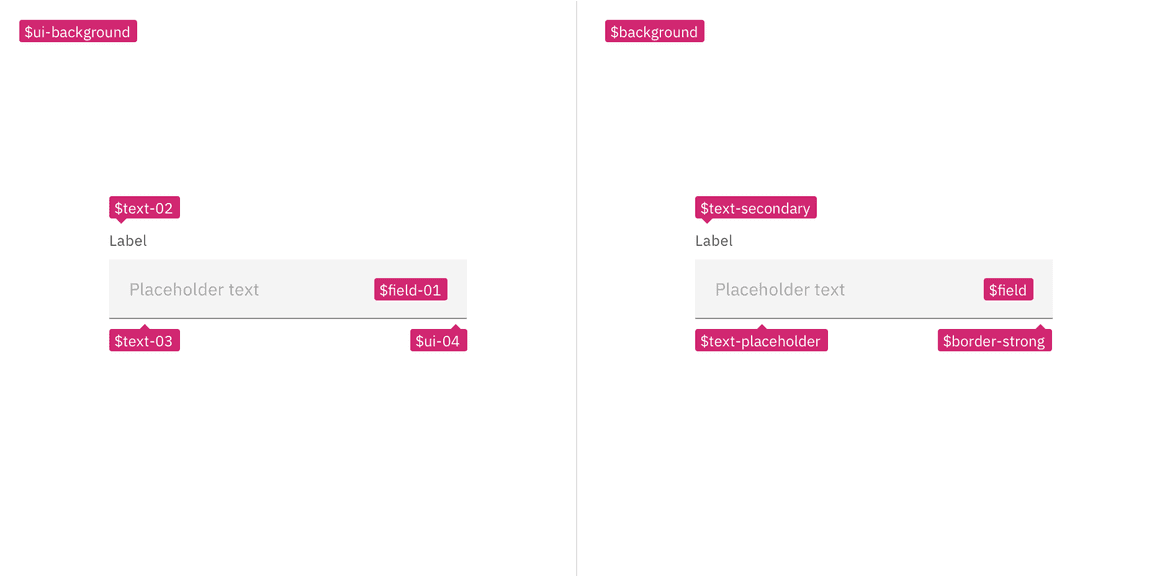 We have introduced two new types of color token for the layering models—Layering tokens and Contextual layer tokens. The two types of tokens will produce the same visual effect. The difference between them is a technical one and largely a developer concern. In Sketch, and other design tools, designer will only use the layering tokens to design. The layering tokens replace what were the ui color tokens in v10 and are used in a similar way. 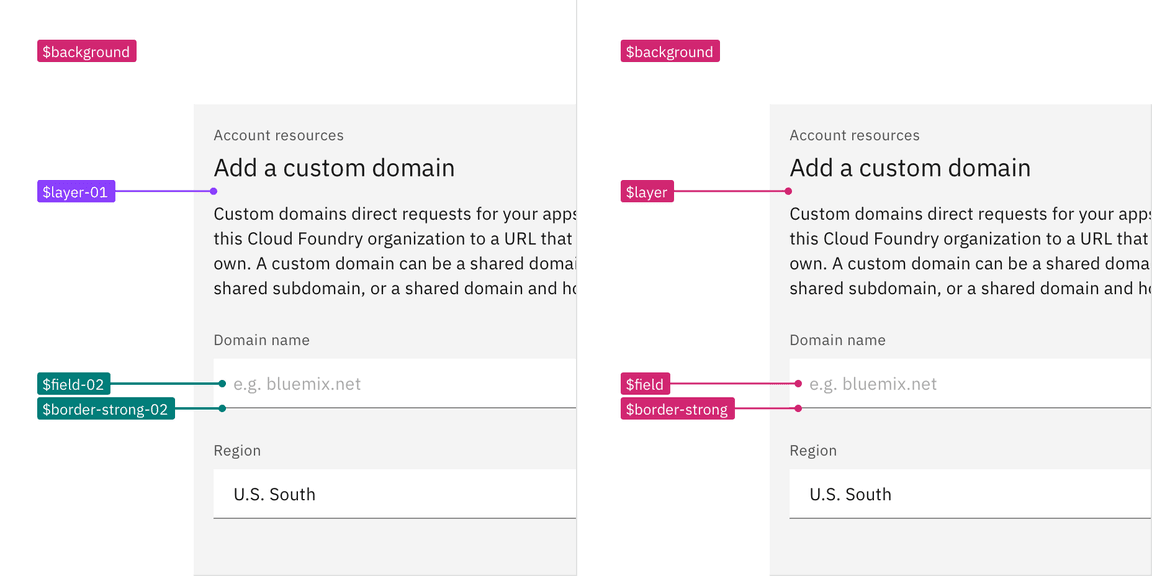 Inline theming is available to use in your product. Inline theming is used when a section of a UI needs to have a different theme from the rest of the page and allows themes to be nested within each other without needing custom styles or overrides. In product, a common use-case for inline theming is applying a contrasting theme to a UI shell and side panels. 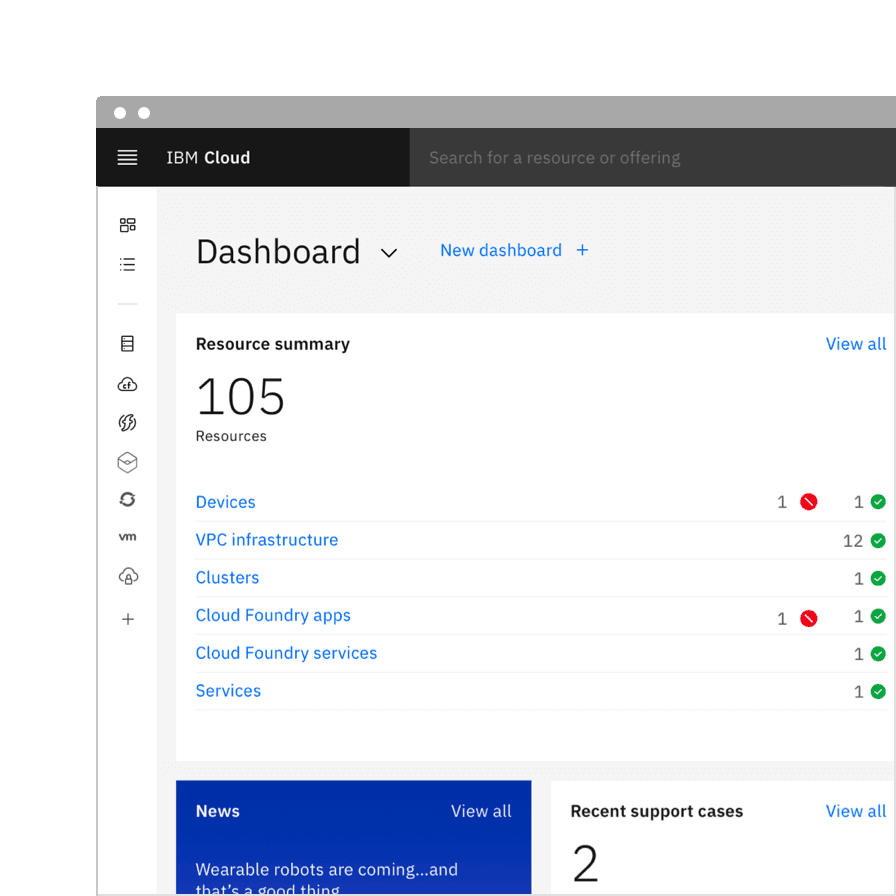 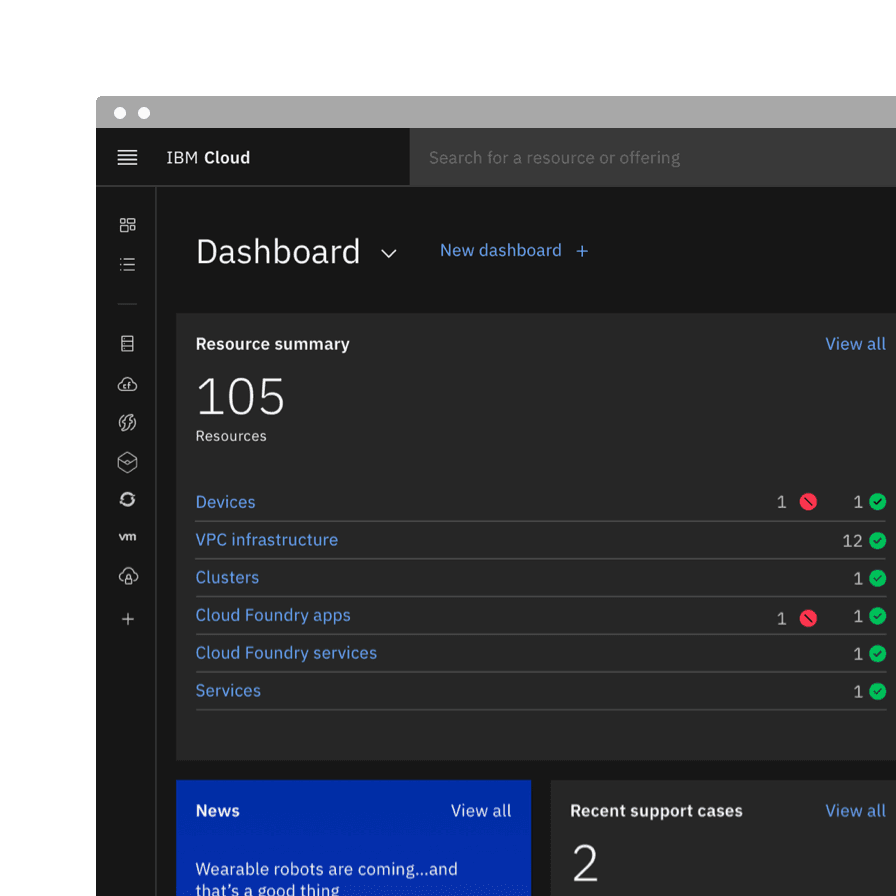