Design annotations are needed for specific instances shown below, but for the standard accordion component, Carbon already incorporates accessibility.

Carbon bakes keyboard operation into its components, improving the experience of blind users and others who operate via the keyboard. Carbon incorporates many other accessibility considerations, some of which are described below.

Each accordion is a tab stop. Space or Enter keys expand or collapse accordions, which are collapsed by default. Interactive elements within expanded accordions integrate into the tab order automatically. 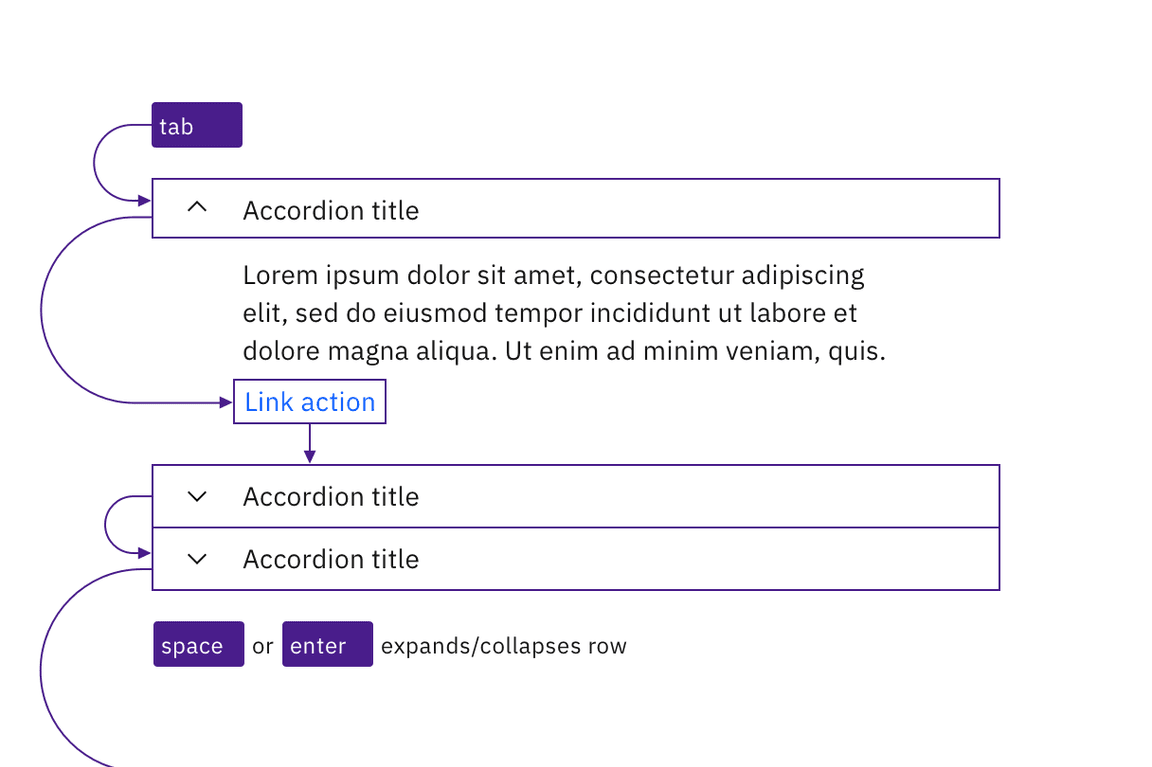 Accordions and interactive elements in the expanded content are in the tab order and keyboard operable.

The collapsed or expanded state of the accordions is programmatically set by default, eliminating the need for designers to provide text equivalents for the chevron icons. 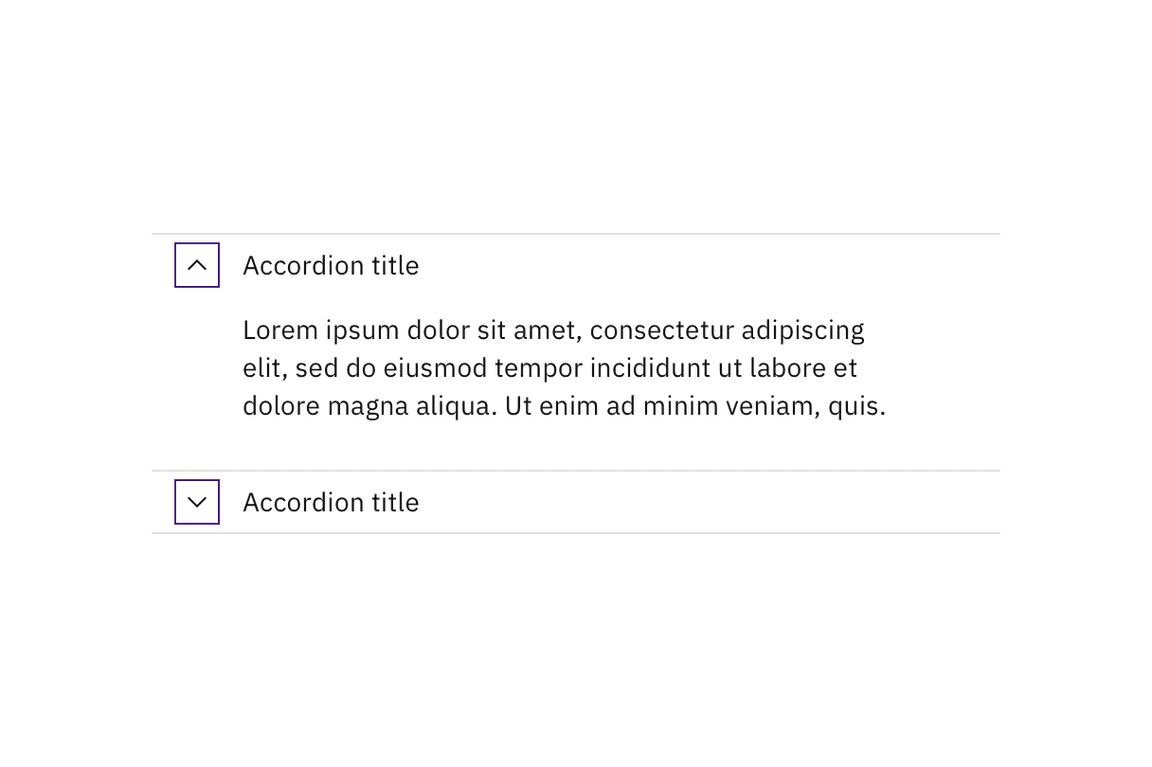 Carbon handles the accessibility of the chevron indicators.

Design annotations are needed for the following instances.

If accordion titles act as headings, annotate for development.

Carbon chevrons are right-aligned by default, but left-aligned chevrons are more accessible for users with low vision, as the expanded/collapsed indicator is closer to the accordion title.

Annotate if the accordion chevrons should be left-aligned.

Keep these considerations in mind if you are modifying Carbon or creating a custom component: