Maintaining consistent and engaging digital interfaces throughout IBM, whether applications or experiences, demands extended guidance around color usage. The following concepts provide the foundation as we strive to achieve balance and harmony through our User Interface design.

Application of the color palette brings a unified and recognizable consistency to IBM’s array of digital products and interfaces. This consistency is grounded in a set of well-defined rules about how to work with the Carbon component library in the context of dark and light themes. 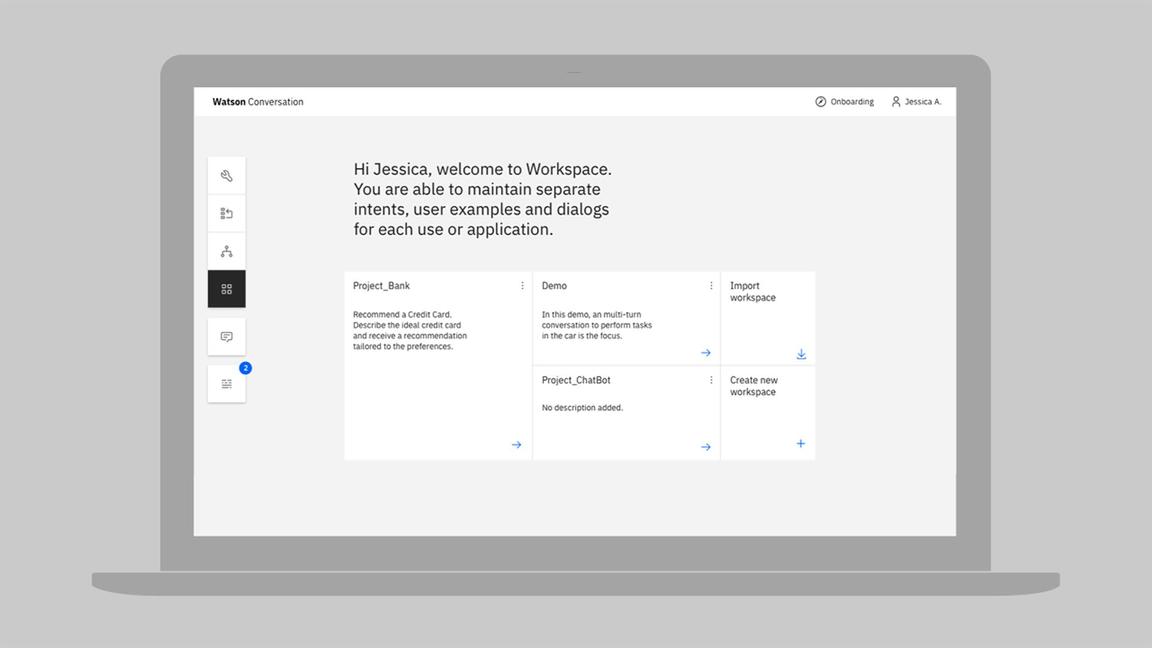 Carbon’s default themes are derived from the IBM Design Language color palette. The neutral gray family is dominant in the default themes, making use of subtle shifts in value to organize content into distinct zones.

The core blue family serves as the primary action color across all IBM products and experiences. Additional colors are used sparingly and purposefully.

The layering model differs between the light and dark themes. 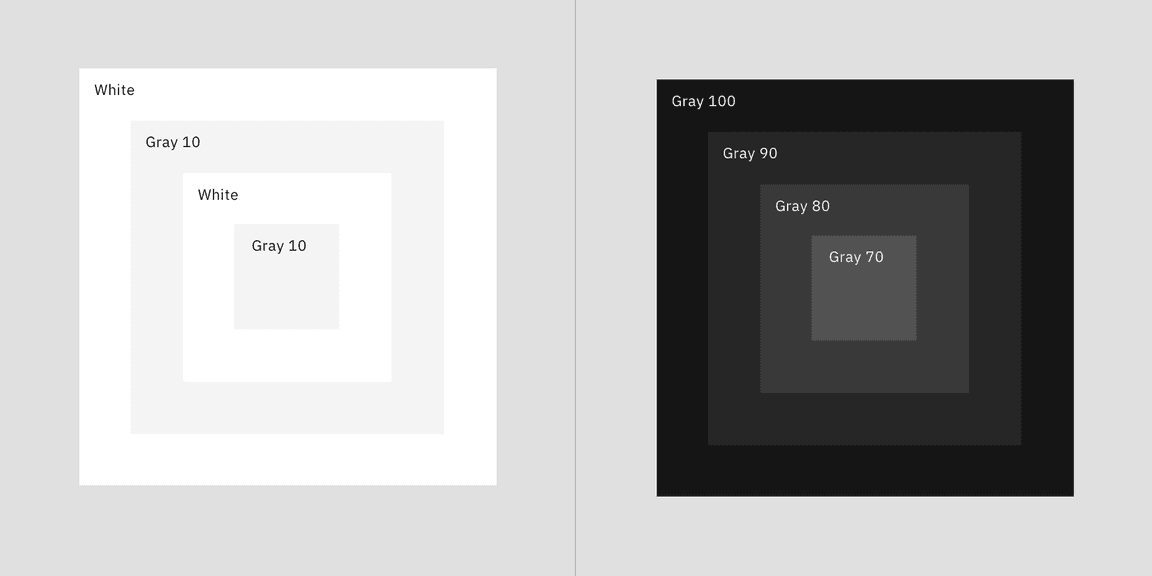 Carbon uses tokens and themes to manage color. Tokens are role-based, and themes specify the color values that serve those roles in the UI.

The light themes are based on White and Gray 10 backgrounds, and the dark themes use Gray 100 and Gray 90 backgrounds. Within each theme, the values for the universal color tokens use the primary background color as the base of its layering model.

All of the themes are available in Design kits.

In the light themes, layers alternate between White and Gray 10. 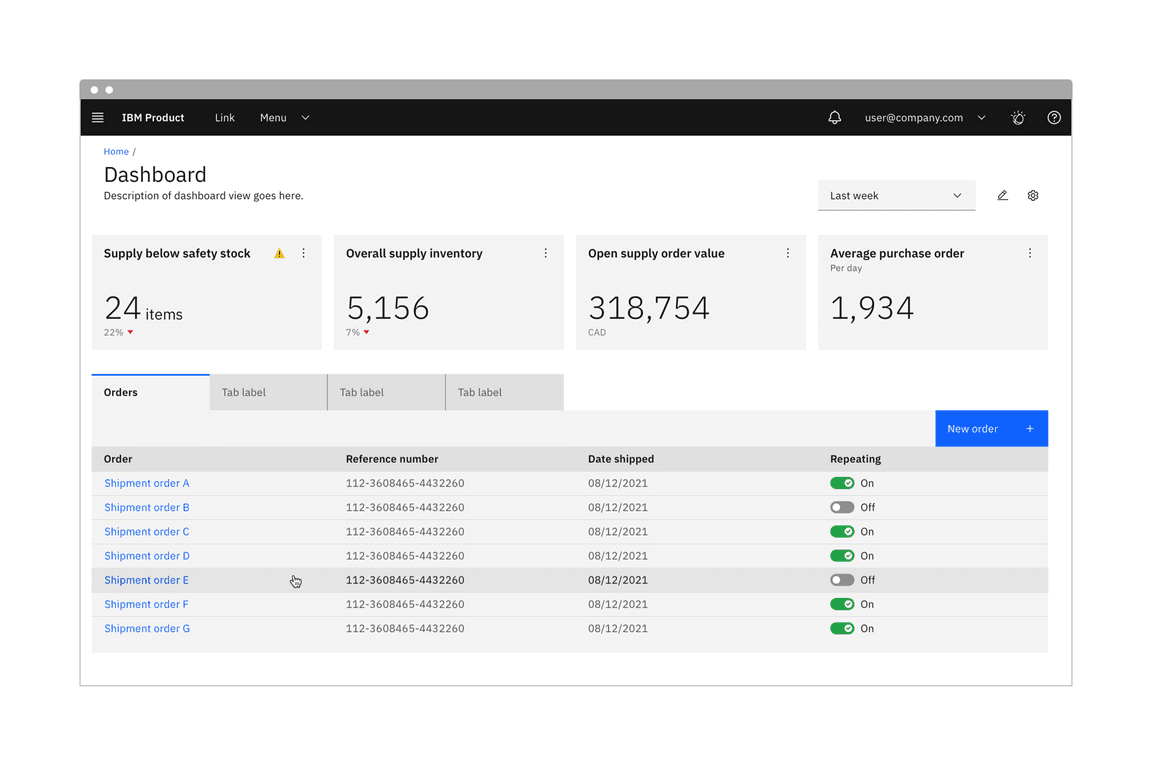 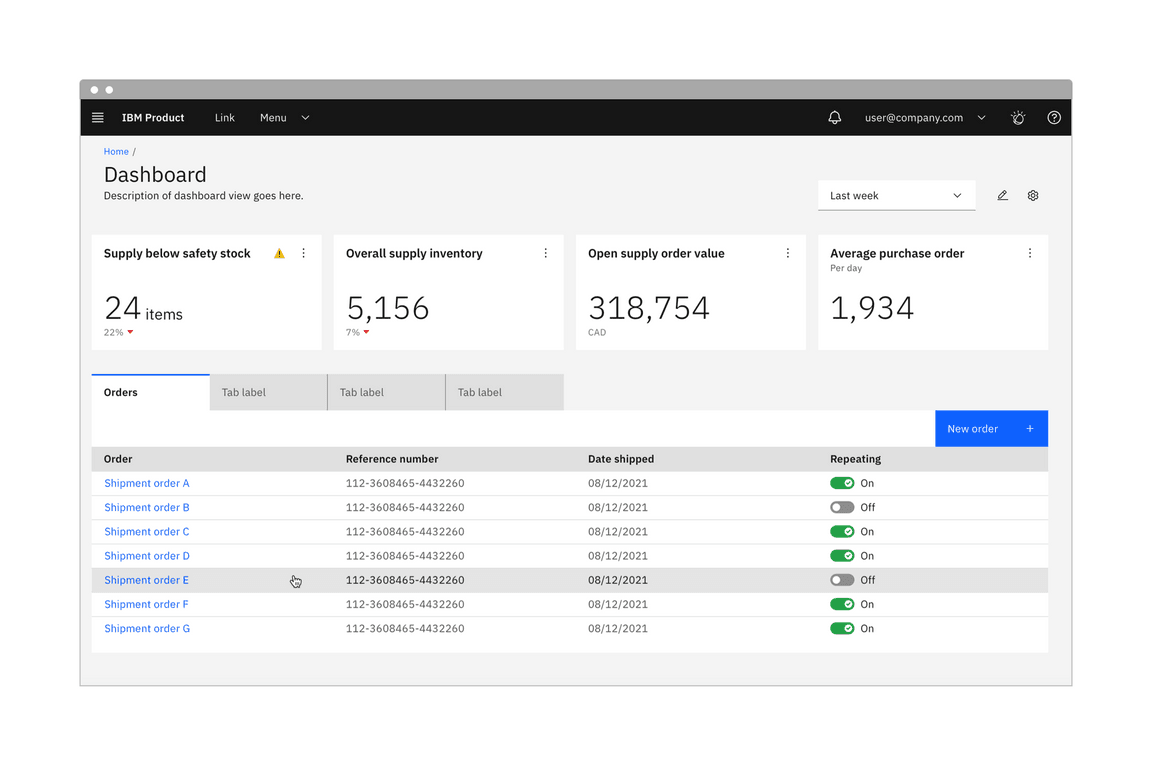 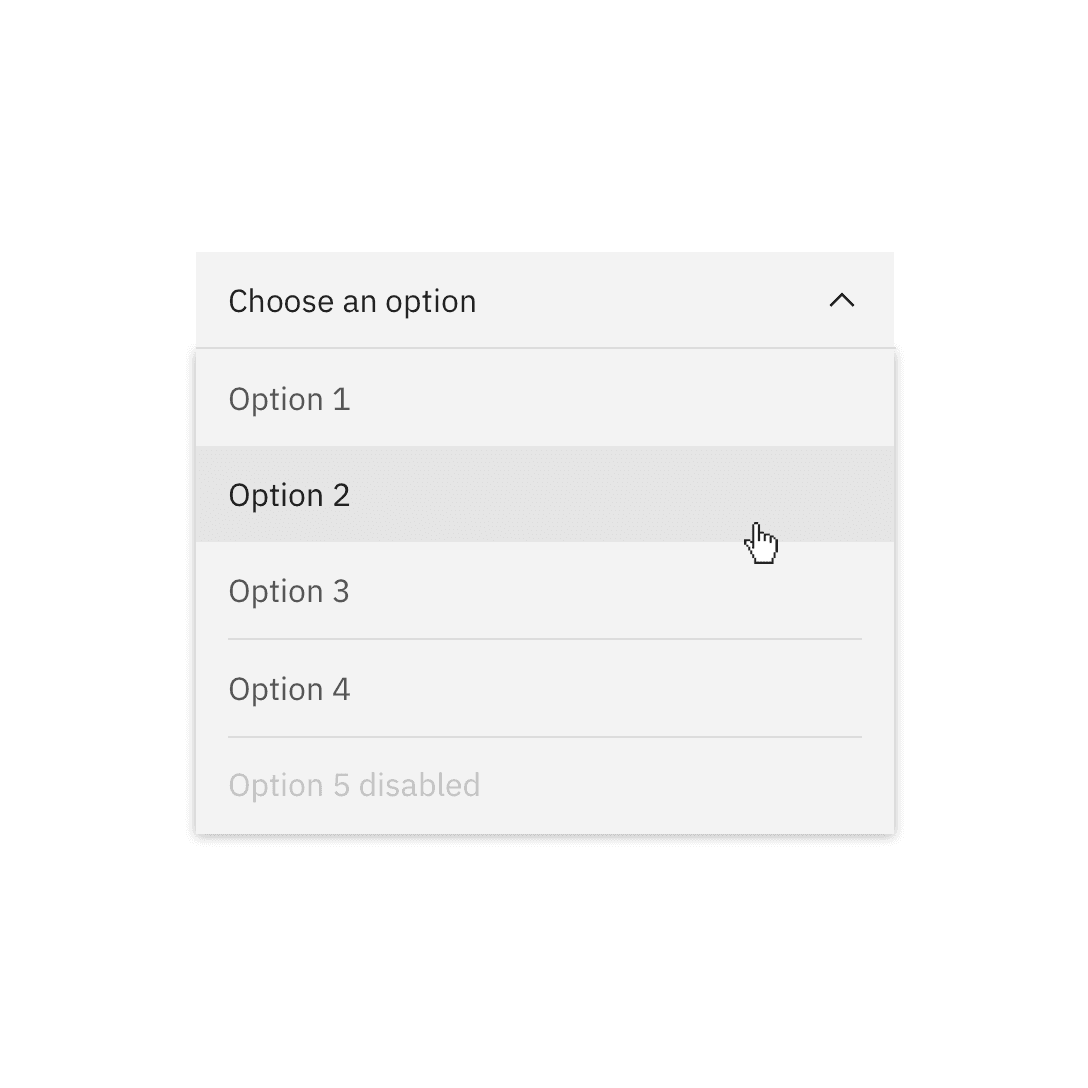 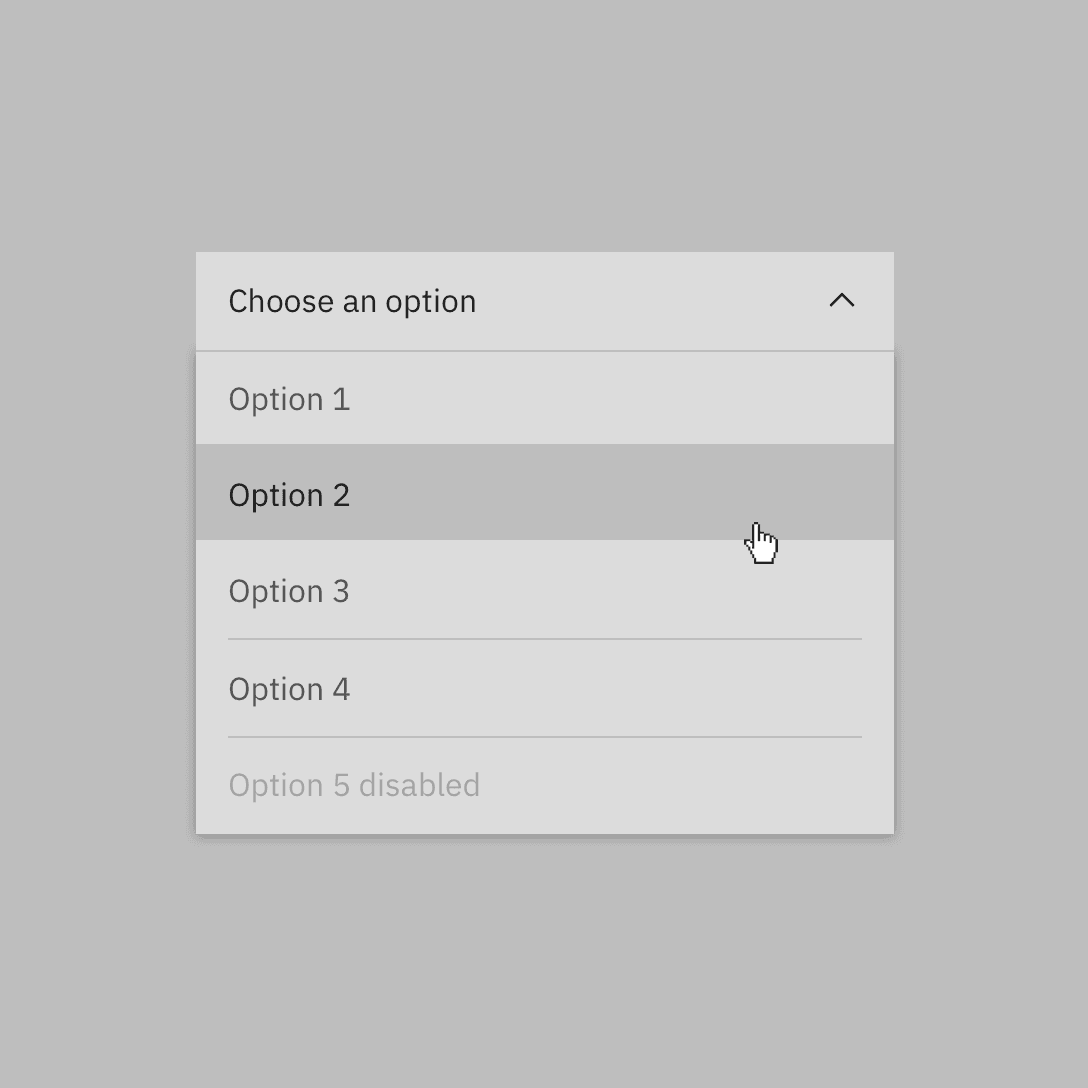 Avoid use of midtones.

All of the themes are available in Design kits.

In the dark themes, layers become one step lighter with each added layer. 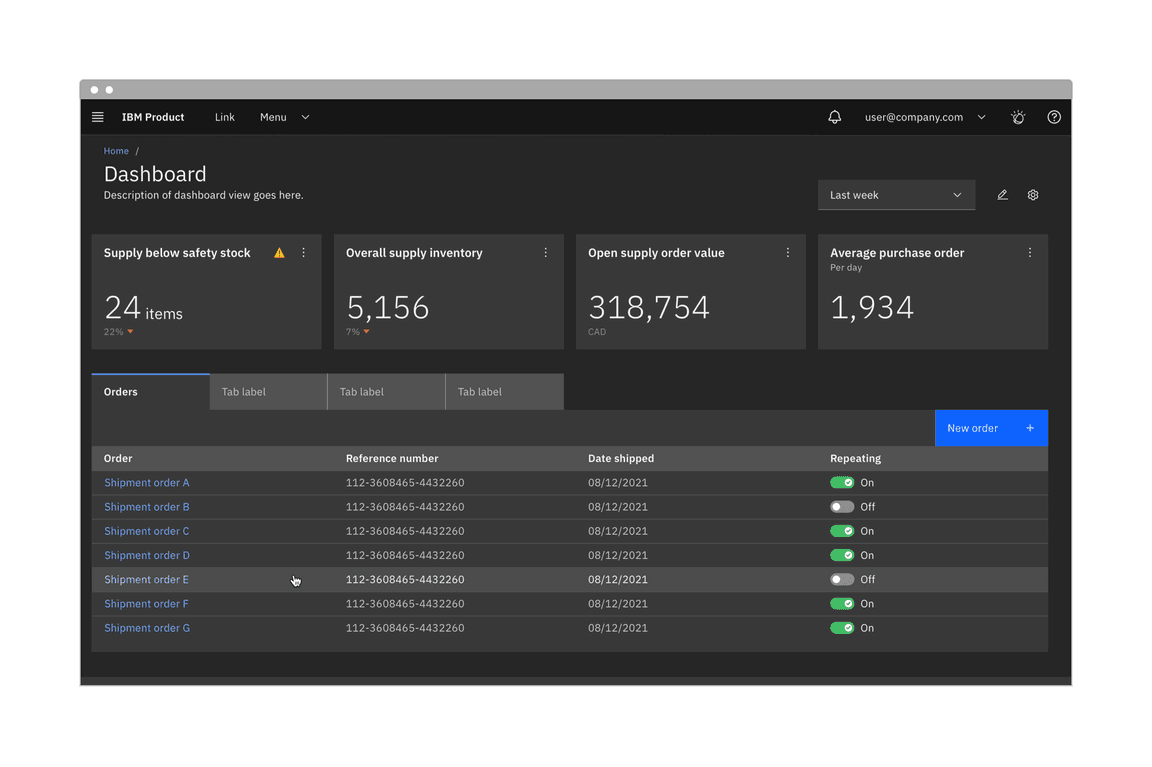 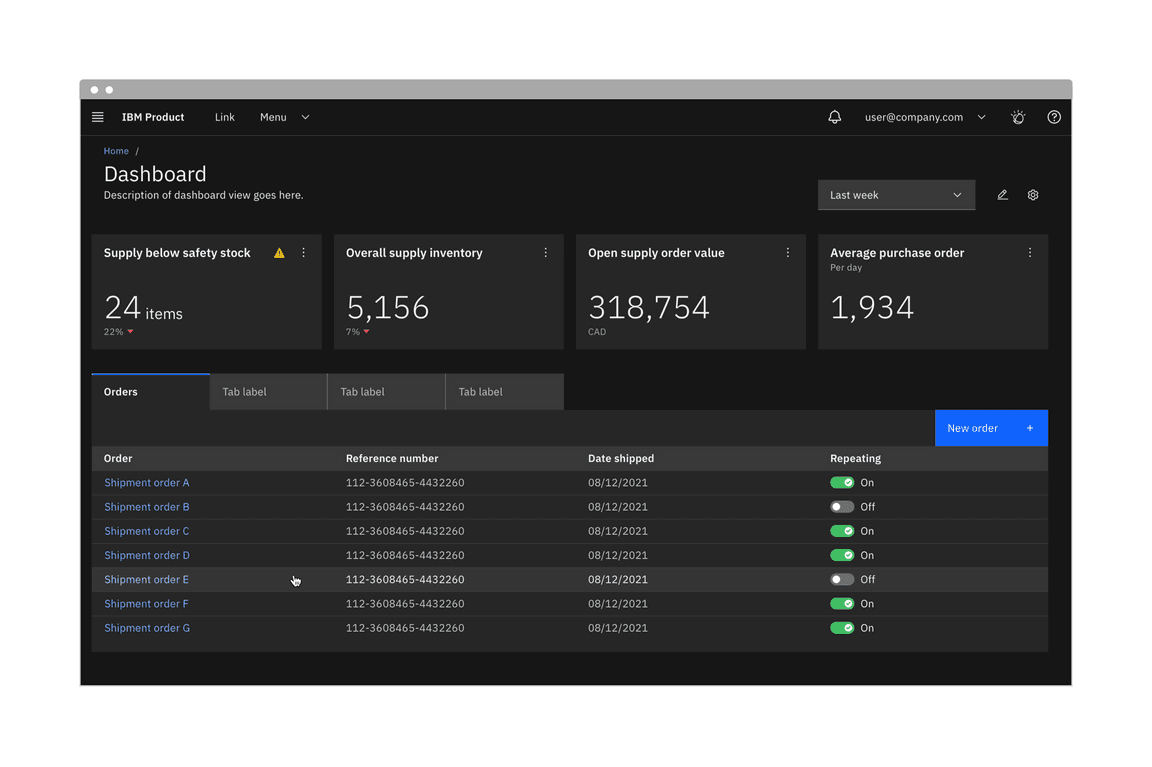 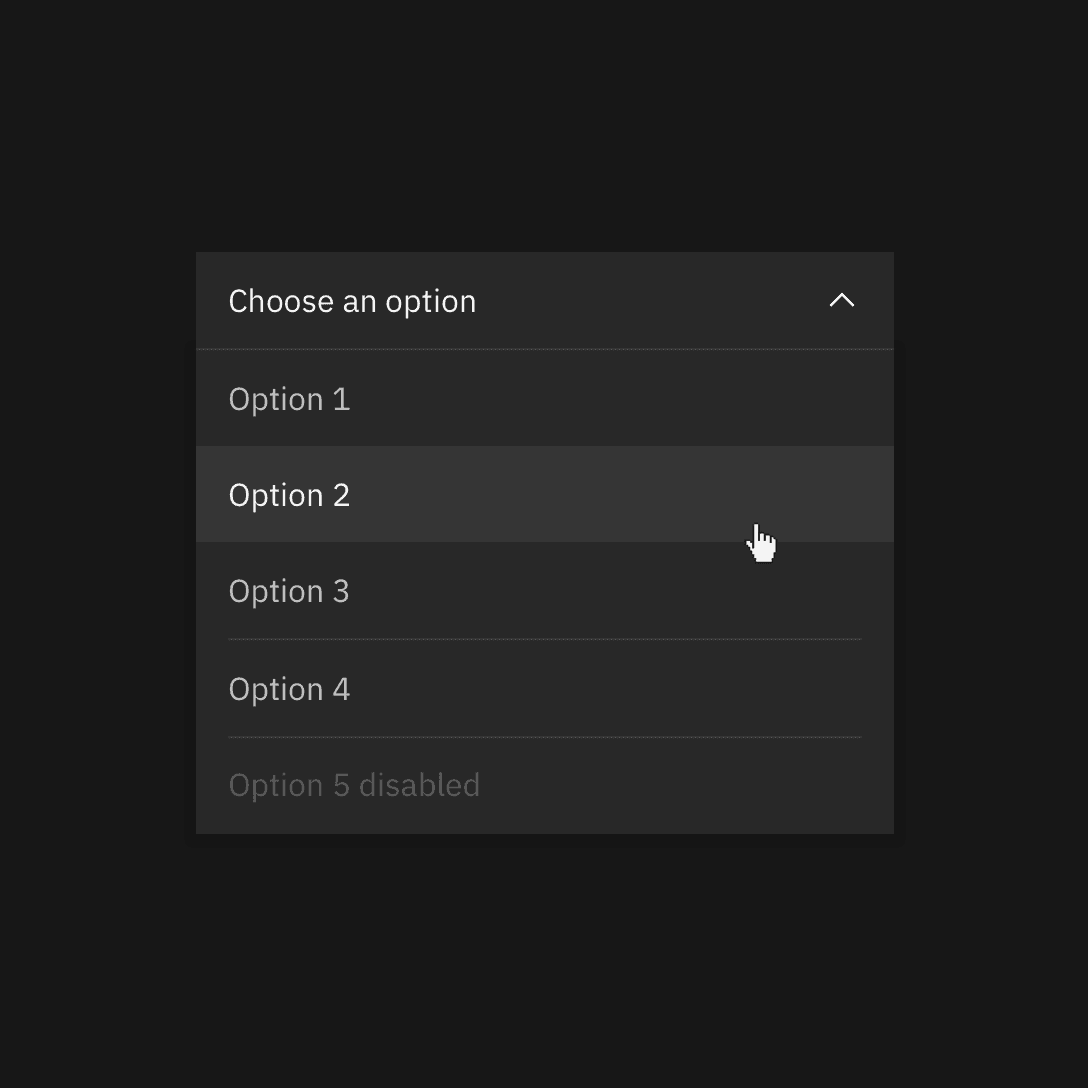 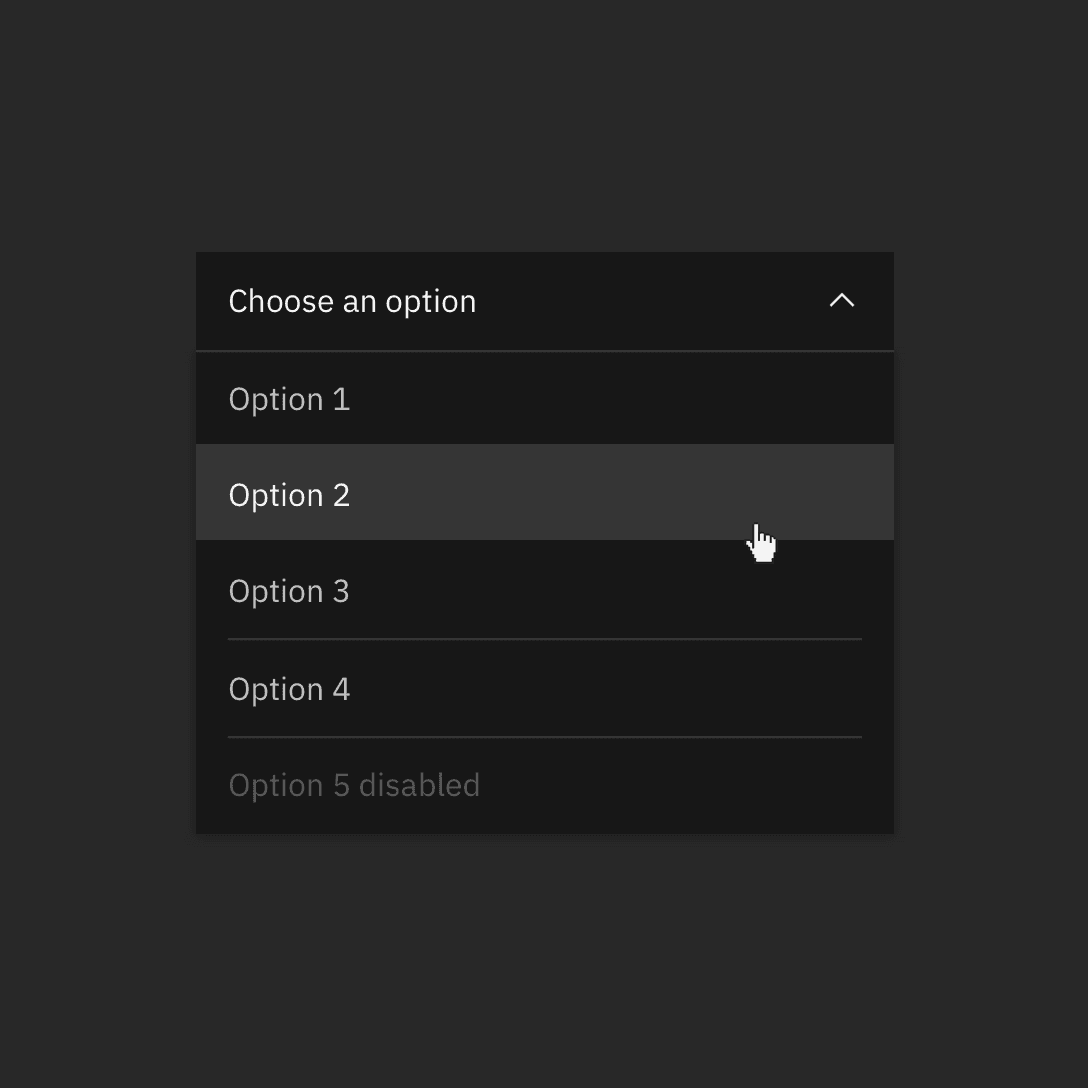 Do not apply components that are darker than the background unless using high-contrast mode.

In some cases, it is helpful to apply light components to dark backgrounds or dark components to light backgrounds. This technique is useful to focus attention or create visual tension. Some high contrast moments are baked into the themes by using the inverse tokens, like the tooltip component. Other times high contrast moments can be achieved through applying inline theming for instances like a dark UI Shell Header with a light theme page. 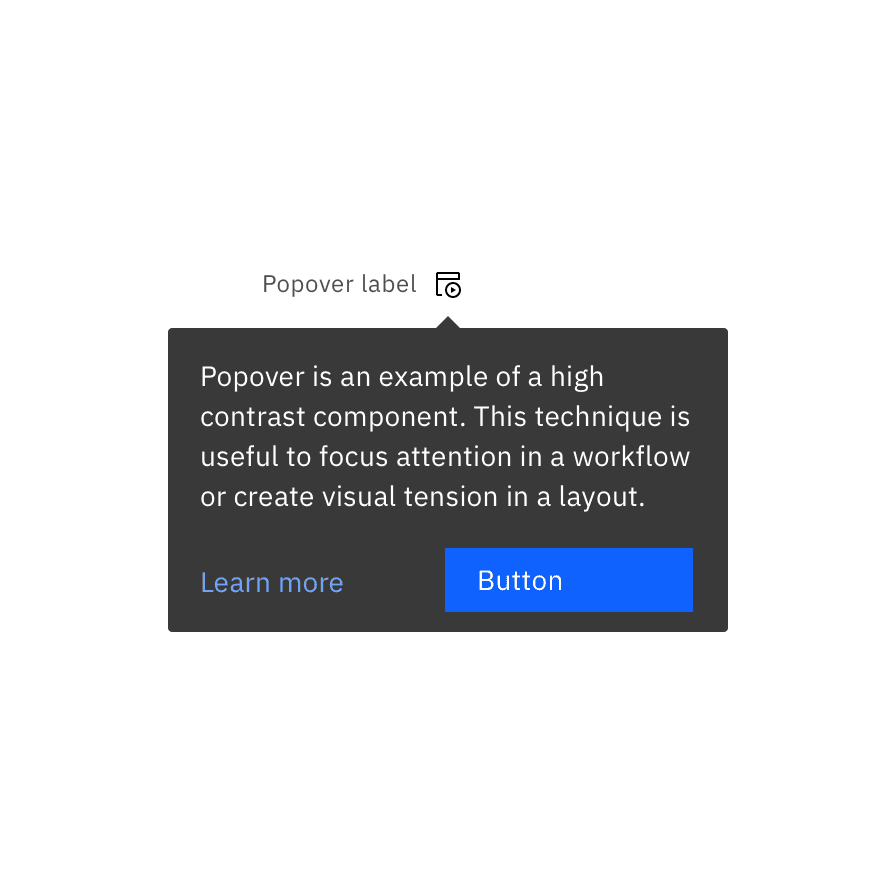 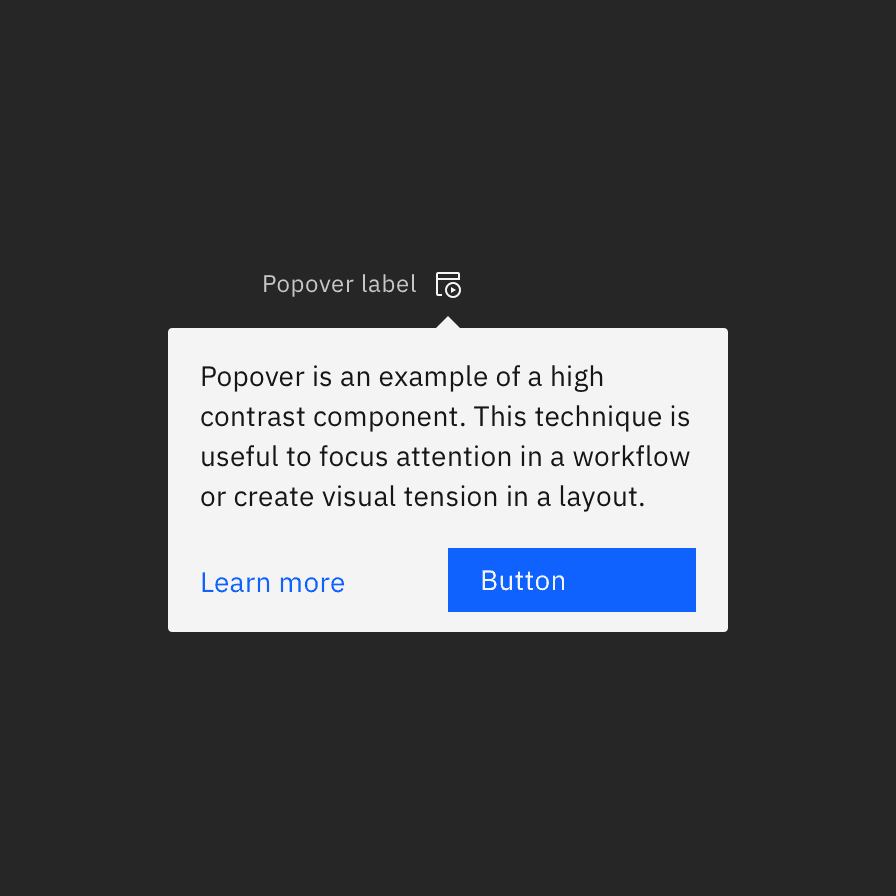 Tokens are method of applying color in a consistent, reusable, and scalable way. They help us abstract how we use color from the values themselves. They are used in place of hard coded values, like hex codes. Tokens allow for value changes to be made at scale, making design language changes easy to implement, as well as making possible color functionalities like inline theming and light or dark mode.

Each token is assigned a role and a value. The role determines what element to apply a token too and the value is the actual color (hex code) that appears in the assigned theme. Color token names and roles are the same across themes, only the assigned value will change with the theme. For example, under the hood the $text-secondary token can dynamically map to Gray 70 or Gray 30 depending on the theme.

See the color usage tab for the full list of color tokens.

For quick reference, the role of a token is represented in the token name itself to help you correctly apply tokens. The first part of the token name references the general UI element the color is being applied to, like background, text, or border. The second part of token name will specify its unique role within the element group like $border-subtle or $text-primary. Additionally, some tokens include aninteraction state at the end, like $background-hover. 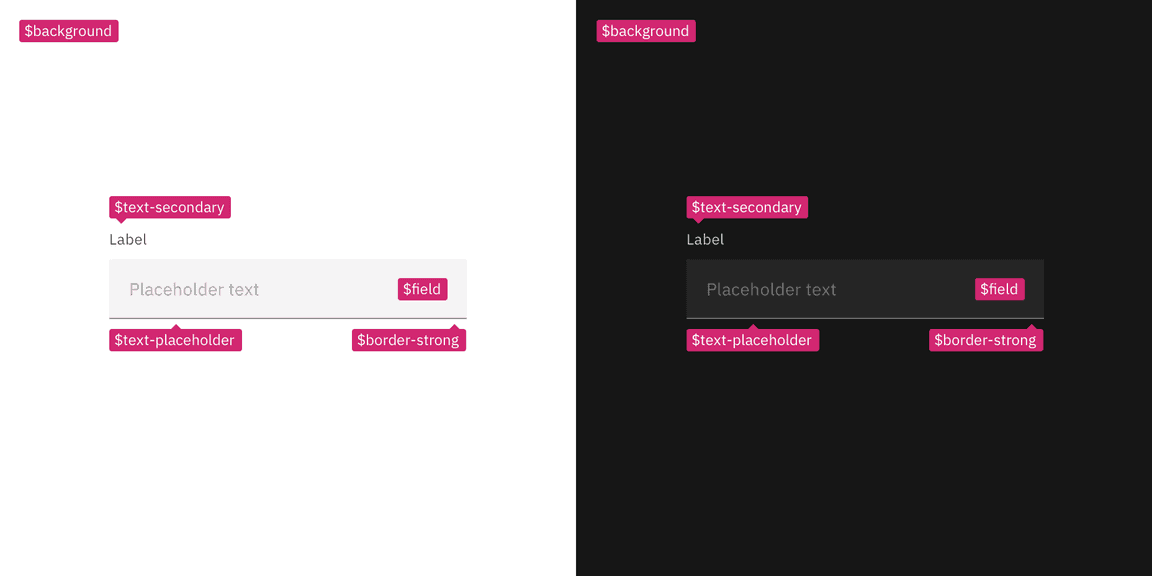 Color tokens for components are the same across themes as shown by this text input using the White theme (left) and Gray 100 theme (right).

Color tokens that can be applied across components are called core tokens. There are ten main groups of core color tokens. They are grouped by the common UI element that they are applied to. Token groups makes it easier to find and apply color tokens. Interaction state tokens are included in the group along side their enabled state tokens. There are a few core tokens that do not belong to the a group and stand as individual tokens like $overlay, $highlight, and $interactive.

Some core tokens are part of an additional token group called layering tokens. These tokens are used to implement the layering model onto components. For more information, see the Implementation tab.

Some components have their own specific color tokens, known as component tokens. They represent the properties associated with a particular component. They are not global tokens like the core tokens and should never be used for anything other than their own component. For a full list for component tokens see the color usage tab.

In addition to the core set of enabled-state tokens, there are five other interaction states defined with tokens for each theme. Interaction tokens are signified by the addition of a state name added to the end of the base token name. For example, the $background hover state token is $background-hover.

The color layering model for interaction tokens is as follows: 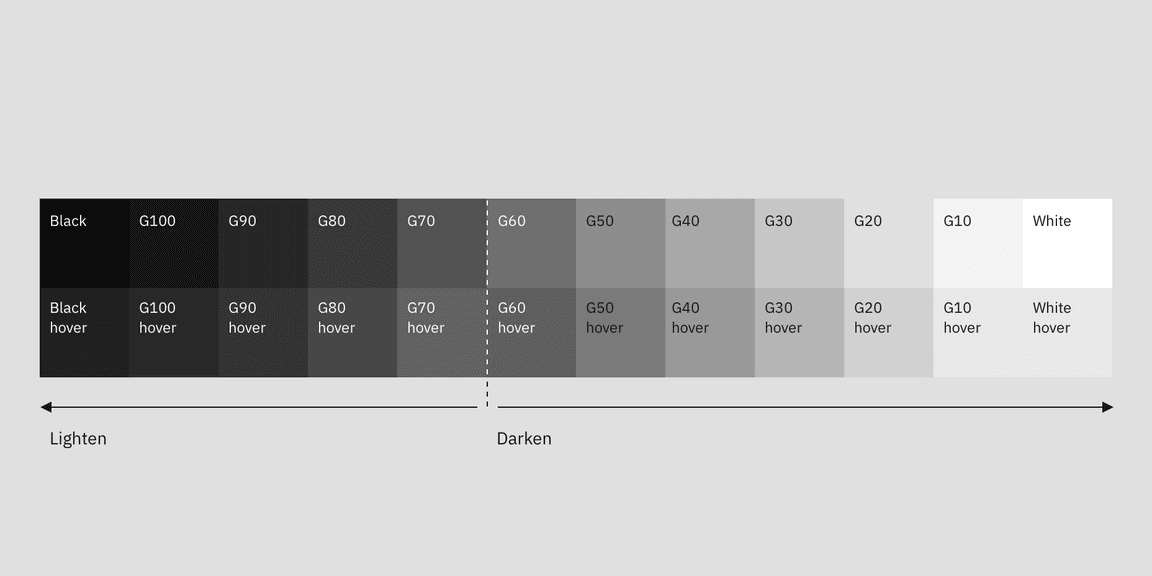 Hover is a subtle visual change that appears when a mouse cursor moves over an interactive element. Hover states have their own tokens and are identified by -hover added to the end of the base token name, such as $background-hover.

Elements like text or icons that use secondary colors for their enabled state, will change to the primary color on hover, giving them a subtle emphasis. Most of the time, this shift in color (on the text or icon element) will be accompanied by a background hover color shift as well. For example, an overflow menu uses $text-secondary and $layer in its enabled state. On hover, the text switches to $text-primary and the background to $layer-hover. 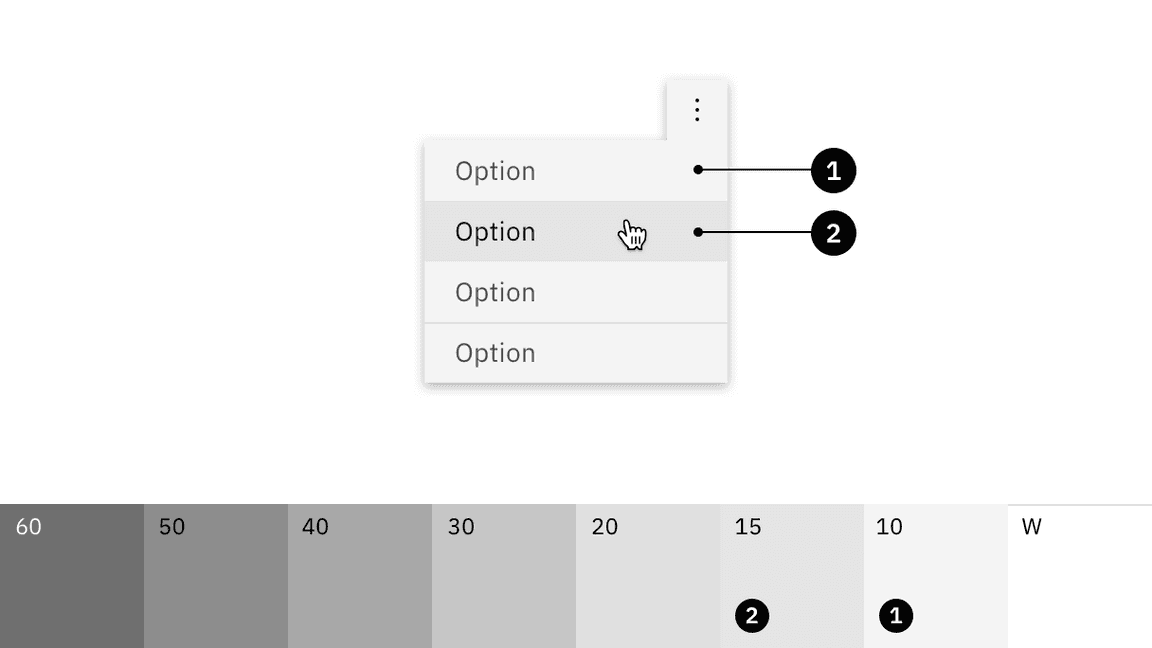 The active state can be used to indicate a click, tap or down press of a button. Active tokens are identified by -active added after the base token name, such as $button-primary-active. Active state values are two full steps lighter or darker on the IBM color scale. For example, the Blue 60 active state is Blue 80. 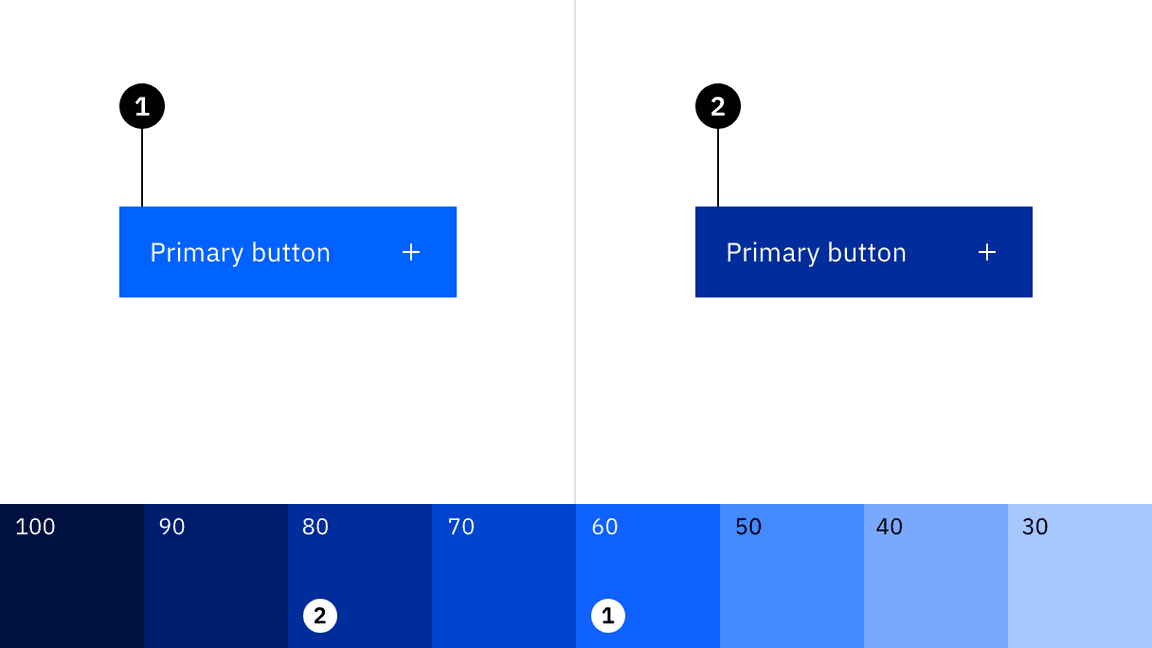 Selected states indicate item(s) or option(s) that have been chosen in the UI by the user through any input method. Selected tokens are identified by the -selected added after base token name, such as $layer-selected-01. The color logic for selected state is either one full step lighter or darker on the IBM color scale. For example, the Gray100 selected state is Gray 90.

Elements like text or icons that use secondary colors for their enabled state, will change to the primary color when selected, giving them a subtle emphasis. Most of the time, this shift in color (to the text or icon element) will be accompanied by a selected background color shift as well. 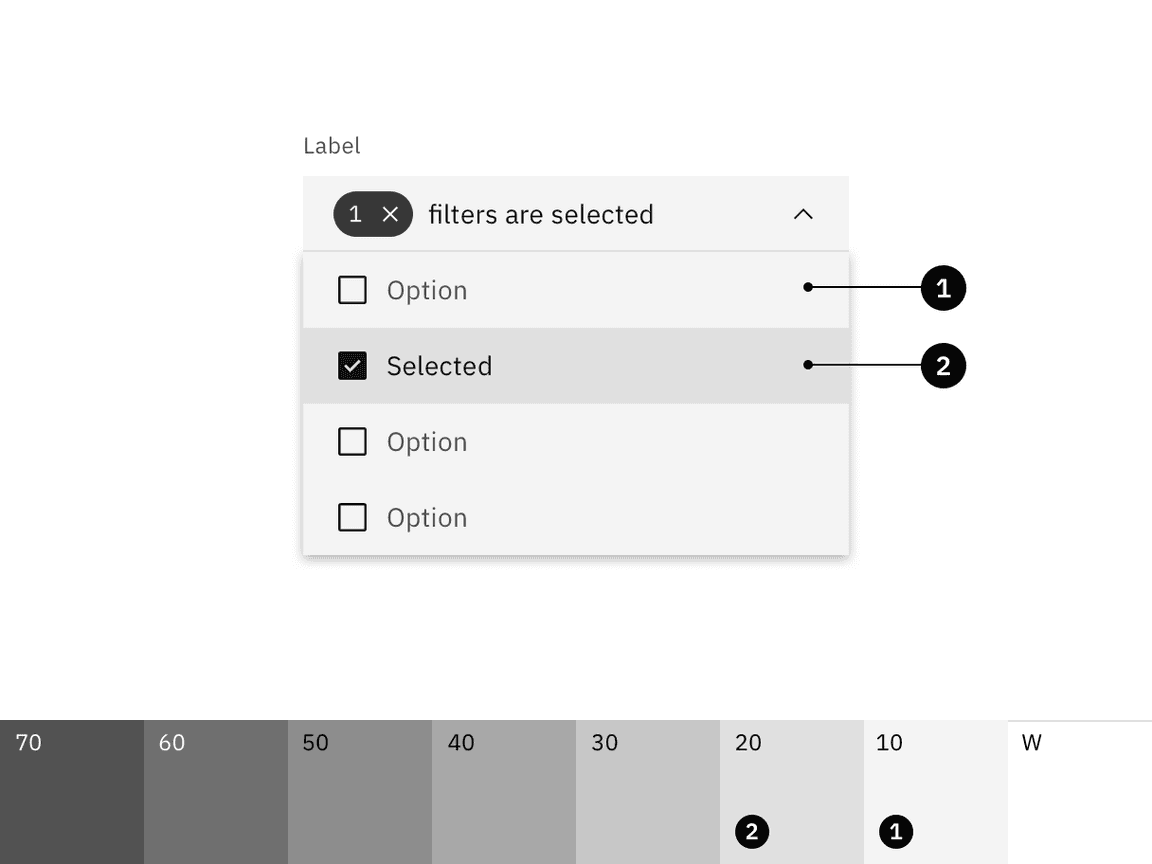 The focus state draws attention to the active element on a page when using the keyboard or voice to navigate. In Carbon, the focus of an element is most commonly indicated by a 2px border around the element. In order to make it easy to identify and locate on a page, most focus states use only one color per theme controlled through the $focus color token.

The exception is high contrast moments where a $focus-inverse color is used instead.

Focus states are required on all interactive elements and must pass 3:1 color contrast accessibility. Often times to achieve proper 3:1 contrast a $focus-inset border is used between the focus border and the element itself. 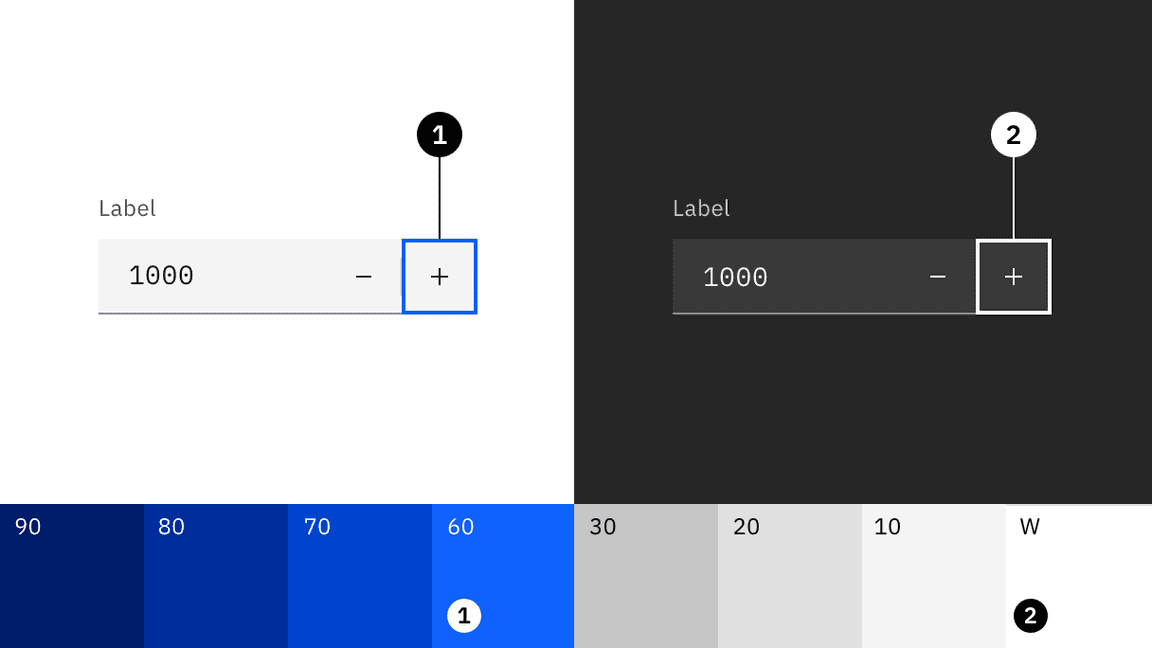 A disabled state is applied to a component when the user is not allowed to interact with the component due to either permissions, dependencies, or pre-requisites. Disabled states completely remove the interactive function of a component and therefore don’t receive hover or focus. Disabled state styling is not subject to WC3 contrast compliance standards and is intentionally de-emphasized in a faded fashion.

Disabled elements are always styled in the Gray family no matter its base color. A component’s specific styling will depend on the elements within it and what layers they are placed on. Some tokens have their own specific disabled tokens, such as $layer-disabled, while other elements are grouped together and share a disabled token like $text-disabled.

Using various forms of contrast is the most important consideration when making user-friendly color and interface choices. Awareness of standards and best practices is the key to accessible color selections.